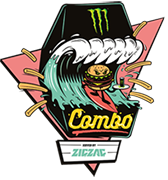 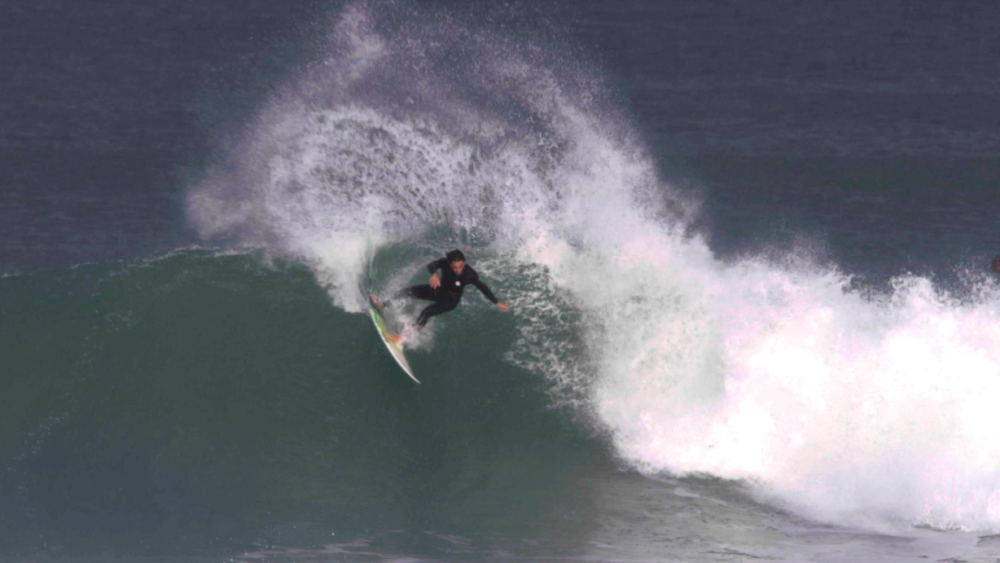 The Monster Combo – Waves to Consider

It’s no fallacy that South Africa is a wave-rich heaven. Everybody knows that Indo comes in at number one, but to consistently drink of that delicious nectar, you’d have to live there and that’s a hefty price to pay. Being a surfer in South Africa is like enjoying a buffet every damn day of your life! You know that once per annum event, like your mother’s 60th birthday. When she sommer takes the entire family to a three-course buffet at place with a view of Camps Bay. And you just gorge! You gorge out like a filthy pig. Who’s birthday!? You’re so full you can’t even think.

With this abundance of riches, allow us to suggest several waves to consider if you wanna win the big MC!

It’s easy to have just said Supertubes and called it a day. But that wouldn’t be fair. We all know J-Bay is loaded with medium to world-class point breaks. In fact, last year’s winner Matthew McGilivary rode his winning wave at Magnetubes. The wave hit the point peeeerrfectly – a cheeky inside dreamer, rolling along at the most ideal speed and a lip that just begged to be beaten. And did McG oblige the wave. Two ghastly cracks and a gorgeous full roat.

There are many waves in J-Bay that one could win a Monster Combo – Supers, of course, is one, but one must also seriously consider Magnetubes, Boneyards, and Kitchen Windows. Every single day the earth rotates around its axes is another day Joshe, Dillen & Angelo go ham at Kitchen Windows bagging MC winning clips.

From the East Coast to the West. If you manage to get yourself to Elands outside of a weekend, school holidays or public holidays, you might even find yourself a wave to ride drop-in-free! Elands Bay must be considered one of the most rippable waves in South Africa. A long left point break with a soft lip. Elands Bay is like a fresh piece of chicken – you can spice it anyway you choose. Then cook it how you like. Put it in a curry. Braai that thing. Or just eat it raw. You’re the chef playa. Jordy Maree spent basically every day of lockdown up there with Chris Bond behind the lens. We’re still waiting for those clips to drop.

Here some clips from the last month 🎥 @seabond @hurley

Every 13 years or so, Bruces Beauties comes to life. And the whole of the Southern Hemisphere flocks to her shores like vegans to a bowl of falafel. And there we all sit like a bunch of donkeys waiting in a queue for a carrot we’ll never enjoy. If only we had arrived with Robert August and Bruce Brown in the 60’s to enjoy it by ourselves. Anyway – I digress, a couple of weekends ago Bruce’s Beauties awoke from its 13-year slumber to provide us with surfable waves. And because the storm didn’t show on the charts, not even Dave Lipschitz was there to eat the fruits. While surfing there I thought to myself, damn, this is the type of wave one could win the Monster Combo on. It stands up beautifully, has a gorgeous completely makeable barrel and you can go from turn to turn without pumping. The only problem is you’d have to secretly tap Dale Staples’s phone to find out when he arrives in town – cause then you know it’s ON!

In Endless Summer the narrator Bruce Brown said, “Think of the thousands  of waves that went to waste and the waves that are going to waste, right now in Cape St Francis.” Safe to say, Mr. Brown, got that wrong. No wave goes to waste at Bruce’s.

How could we put together an MC write-up without including the poor man’s Indo? We shouldn’t and we couldn’t. Head down to the South Coast and along every headland you’ll find a new enticing and barrelling point breaks to sink your rail into. It’s so rippable down there the king of shred, Dane Reynolds chose that area to film his famed Stab in the Dark episode.

The waves on the South Coast FIRE! And they reel off at the perfect pace to smash the lip consecutively without pumps and still get mean pits. That’s a Monster Combo winner right there.

While we’re here we thought we’d call out a couple of South Coast shredders that we haven’t yet entered into the MC: Slade Prestwich, Koby & Frankie Oberholzer, Casey Grant, Simo Mkhize and Chris Leppan. Send it!

The Dark Horse – Yo Yos:

The dark horse of the batch must certainly go to Yo Yo’s. We all know that Mr. Wes Kus himself, Dutchie is reading this in his shaping bay going, “WHAT! Yo Yo’s a dark horse!? It should be at the top of this list!” Yo Yo’s is endlessly rippable and it’s most certainly not called the South African Trestles by mistake. We’d absolutely loooove to see some Monster Combo entries from Yo-Yos. Here’s a tantalizing little taster of what Yo Yo’s can serve up.. enjoy the 2016 Vans Surf Pro Classic Lamberts Bay.